Showing posts from July, 2020
Show all

By Sandy Carlson - July 31, 2020
The last hours of night are the coldest and the worst If you have guard duty.  That chill goes right through you, When your insides turn into gull-shattered clams if you're awake. Even in Arizona, in the desert, it can feel like that. Soldiers have told me this, men who have felt the cold of duty Even when there was no threat, no danger of being overtaken or undone. Desert watches taught Dad about silence and waking.  No enemy came. I awake during one of those coldest hours every day.  I sit in the Crow's nest I have made of the kitchen and look out the window To the blank sea and watch it roll back as the great, Golden ship, starboard, glides into dawn and drowns night. In its yellow wake before it goes up in pink flames, I see me and Dad After had had tapped my door long before he had to be up for work Or I, who worked nights in a ball-bearing factory, had to be up at all. We went down tot he Sound to flat fish in the Large-dropped, light-scattered rain of just before dawn an
1 comment
Read more

Taking a Bath in the Backyard 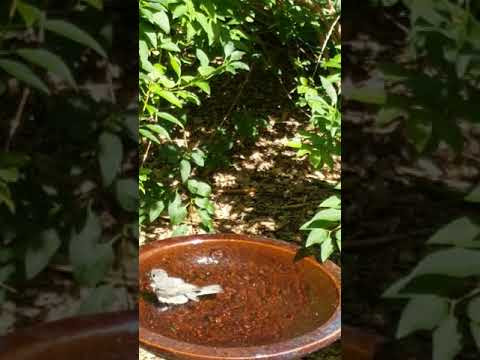 Possibly the bossiest bunch of hooligan in my neighborhood, the tufted titmice  are also swell little buggers who take care of each other.  They come in as a gang, announce to the squirrels that the are in charge, and then eat, drink and bathe until they are quite satisfied.
1 comment
Read more

By Sandy Carlson - July 27, 2020
"Two dollars" in pencil on the Mohegan Trail For a wooden bowl, one fluid scuplted curve of Something hard (maple or birch or ash). My grandmother nicked and scraped it over years With the steel vegetable chopper her grandfather Fashioned from a spade. She scraped, scraped, scraped, scraped, scraped Maine into soups, stews.  "Two dollars" in pencil, Clear after 20 years' use and 17 in a Cardboard box under crumpled bits of newspaper Coated yet with the tallow of broiled steaks and chops. My grandmother kept the bowl near the gas stove With its broiler, well, four burners, two ovens. That was her mother's stove, cast iron, still working Somewhere even now.  They were proud of it, What you can keep if you take care over time. There is nothing like a well-seasoned gas stove. I smell ancient dinners in the newspaper. Then, I press the paper into a loose ball, Toss it aside, And put in twelve new Macintosh apples, Grown local. Originally pu
2 comments
Read more

Of Seagulls, Dogs, and Memory

This summer, I have been looking through the many boxes of stuff that are evidence of life--mine, my daughter's, Mom's, and Dad's, primarily--though other family members, ancestors, and the almighty dogs of my world occupy ample space on the record, too. Among the stuff, I found this little magazine, PenWorks , which contains the winning entries from the Trumbull (CT) Arts Festival's 20th literary competition in 1998.  I am in there twice:  I came in second with the poem "Two Seagulls in February" and earned honorable mention with "Cuchulainn." The "Seagulls" poem captures a trip to the beach en route to a visit to my grandparents' resting place at Spring Grove Cemetery in Darien, Connecticut.   I argue in the poem that we should have scattered their remains at the beach.  My own words stopped me in my track this morning as I remember my Mom and Dad and their desire that their remains be scattered on Little Tavern Island off Norwa
1 comment
Read more

The Lost Child of Ben Madigan

By Sandy Carlson - July 18, 2020
I wrote this in Belfast, Northern Ireland, in the early 1990s.  Fairy stories and fairy literature--particularly Yeats's " The Stolen Child " were on my mind, and I was exploring the idea of a child's view of immediate experience in contrast with the adult experience and how adults sometimes choose language to mask dark truths from children.  Ben Madigan is the Anglicized Irish (Beann Mhadagain) for Madigan's Peak.  Named for a 9th century king of Ulster, the hill has three caves that have been used to hide prisoners and treasure and to hide from enemies. Stephen’s golden brown, deep sleeps were always warm against the black starry nights that stood outside his cottage tucked in the foothills of Ben Madigan.  His nights were filled with the heroic dreams that floated among the smoking incense of the peat fire crackling and sparking against the hearth beside his bed.  His setter, the trusted sentinel, lay beside him with a dignified disinterest in what happene
1 comment
Read more

The Last Full Measure of Devotion

By Sandy Carlson - July 14, 2020
This summer, I have taken time to go through boxes of old writings and drafts of projects. I came across the story and "The Stolen Child of Ben Madigan" (posted 17 July 2020), and thought I would bring them to light. 'The Last Full Measure of Devotion" is, of course, a phrase from The Gettysburg Address and defines absolute commitment to ideals: a willingness to die for them. This story is set in Belfast, Northern Ireland, and Connecticut. At the time, I was thinking about commitments to ideals and commitment to the ideal of family as evidenced by the love for its members. I was also thinking about the darker, other, texts in families. “Your grandmother taught me how,” the mother pronounced from the char-encrusted cave in which she had roasted one every greasy, not very merry, Christmas turkey a month before. Never had it taken her this long to clean up after Christmas; her husband’s retirement had gotten in the way of her usual routine. Things waited. He
1 comment
Read more 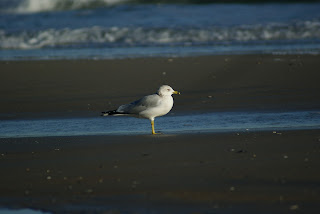 Seagulls sit On the shore and wait for the tide To wash them away When they are ready To die. My father told me so Long, long ago. That is why you see them  Looking left and right crouched In the sun, And all the while the tide creeps in And strokes with a gentle monotony Against the puffed up and gleaming chests Of very old seagulls. It is a decent thing, To know when to die. It's easy to forget this  About seagulls When they are swooping and screaming Above our mountains of rubbish, Indignant, perhaps, At what the hunt has become. But seagulls know. They die listening to the ocean Pulling against the stones on the beach. The steady chiming on the wet pebbles Is enough, And the clanging of rigging and masts Like taps On the breeze. This summer I have been going through papers my Dad left me along with my own boxes and trunks of written memorabilia, drafts, and published works.  In the process, I came across this piece, which the magazine Kimera  (Seattle, WA) published in January
1 comment
Read more 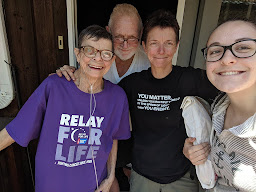 As the daughter of a wonderful woman who did not survive cancer but fought it like hell because she wanted to be with her family as long as she possibly could, I am making an appeal for the American Cancer Society, an organization that supported my Mom as she fought lung cancer.  The ACS made her feel human while the doctors treated her like a confounding mystery.  She never stopped smiling throughout her struggle because she never lost sight of her humanity, despite the doctors and other experts on disease and dying. The Covid-19 pandemic has devastated non-profits such as the American Cancer Society, which provides support to cancer survivors undergoing treatment, researchers working to find a cure, and everyone else by providing educational resources on how to prevent cancer in the first place.   At the high school where I work, we were not able to host a Relay for Life event this spring that would have raised about $15,000 for the organization.  Given the unsettled, whack-a-mole na
Post a Comment
Read more

What the World Needs Now 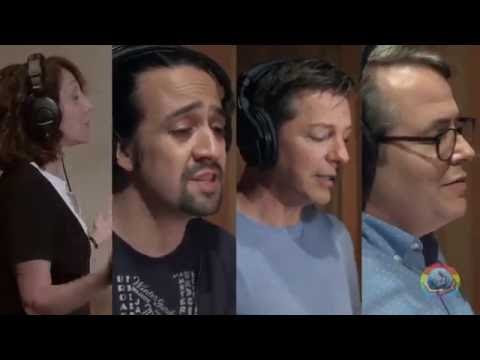 A song for our times on the 4th of July, especially after Trump bowdlerized our national birthday as if it were a White Guy Thing.  Not so.  Yesterday, my family and I watched Hamilton on Disney+.  We saw what we heard when we bought the soundtrack and, later, what we saw and heard when we experienced the musical in Hartford:  a story about a work in progress.  We are all flawed human beings.  But we are doing what we can.  Let's celebrate that.  And let's be kind and loving.  And human.  (Remember that?)
1 comment
Read more
More posts