KLEPTOCRACY CRISIS The People Chose Hillary Clinton. Now We Need To Stop Donald Trump From Trashing Our Democracy Our president-elect was not the choice of the people, prevailed with the help of a foreign power and tells us that he is above the law and will do as he pleases with his business. MICHAEL TOMASKY 11.27.16 11:31 AM ET Let’s review: We have a president-elect who: 1. Will end up having received around  2.5 million fewer votes  than his main opponent. 2. Whose campaign benefited, almost no one now disputes, from the help provided him by Russian intelligence agencies and other even more shadowy Russian actors—which is to say that foreign agents, whether Russian or any nationality,  sought to influence this election to an unprecedented degree.  3. Who is so tied up in compromises and conflicts because of his business dealings that past White House ethics lawyers,  including at least one Republican one , say he will be in violation of the Const
4 comments
Read more 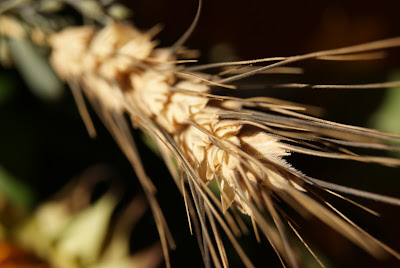 There is plenty for me to be thankful for on this Thanksgiving Day.  I'll soon be 50, and I have a daughter in college who is wonderful in every way, the rest of my family, gainful employment, a home that is cozy and warm and tucked in among trees in a small town in the state where my family has always lived and where the electors are sensible people.  I am grateful for The Atlantic and Mother Jones and all those brave people who dare to engage in public discourse about the nature of our democracy that seems not to be rolling over and playing dead for a narcissistic, sociopathic, D-student demagogue who believes everything can and will be bought. I am also grateful for the neo-Nazis who dare to speak the truth about our president-elect and to spray these truths onto playgrounds and inside empty buildings where they cannot be held accountable.  These are the poster children of our president-elect, who has taught us that accountability is an issue only if you are naive enough to
1 comment
Read more

Things Worth Thinking About

Monday Nov 21, 2016 SHARE NEWSLETTER       PRESENTED BY WHAT WE’RE FOLLOWING ‘Hail Trump’:  That’s how a group of white nationalists saluted the November 8 victory of the president-elect this weekend at the annual conference of the National Policy Institute, as seen in  an exclusive video filmed by  The Atlantic . The disturbing scene came during an after-dinner speech by alt-right leader Richard Spencer, who among other anti-Semitic and racist statements described America as “a white country designed for ourselves and our posterity.” His audience cheered, and many raised their arms in Nazi salutes. Trump has not endorsed these statements, of course, nor has he asked white nationalist groups for their support. But the sentiment is alarming. Democracy Now:  There’s no question that Trump legitimately received enough electoral votes to secure the presidency. And yet, as mail-in and absentee ballots continue to be counted, Hillary Clinton’s lead in the popular vot
2 comments
Read more

Where Crazy Is Status Quo, Give Me Alec Baldwin

Electoral College, how about you do the right thing for all of us on 19 December?
Post a Comment
Read more

I subscribe to two word-of-the-day sites, and they offered up two gems that capture the mood these days.  Have a look. A.Word.A.Day with Anu Garg Feeling at a loss for words? Don’t be! We dive into the language to bring you the finest, freshest words, just when you need them. Use them and  share  with friends and family. Never stop speaking. And speak loudly. That’s what language is for! This week’s selection has words that will make you say: I didn’t know there was a word for it. kakistocracy PRONUNCIATION: (kak-i-STOK-ruh-see, kah-ki-)  MEANING: noun : Government by the least qualified or worst persons. ETYMOLOGY: From Greek kakistos (worst), superlative of kakos (bad) + -cracy (rule). Ultimately from the Indo-European root kakka-/kaka- (to defecate), which also gave us poppycock, cacophony,  cacology , and  cacography . Earliest documented use: 1829. USAGE: “We must weigh our votes carefully. Else we are in danger of turning America’s time-tested democra
2 comments
Read more

Today's Flowers: You Are My Sunflower 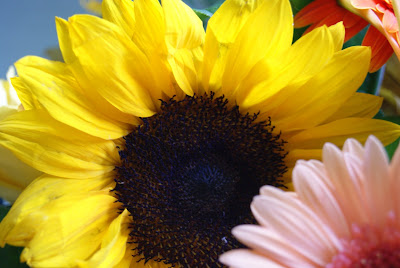 This sunflower that was among the flowers I gave my daughter for her 18th birthday a few weeks ago lasted as part of the bouquet  until a few days ago.  I put it out back for the birds, but a chipmunk spirited it away.  That little critter will become a force to be reckoned with come spring!
7 comments
Read more 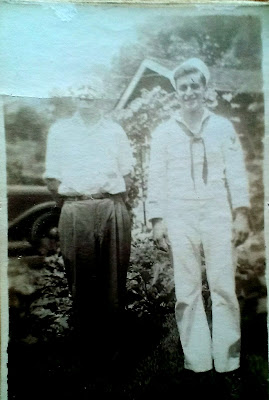 Note: My students are about to embark on a narrative writing project in which they will write about a public figure or family member in terms of the hero's journey. How does an experience in, or phase of, this person's life reflect the monomyth? The first part of this assignment involves writing the story. The second part will involve researching the details, and the third part will involve bringing elements of mythology and epic literature to the final product. In this way, I hope they will see that the hero's journey is their journey, that each of us can be the hero of his or her own life. To model this process, I drafted the story of my Great Uncle Laurence. His story has appeared on this blog in various forms before. I'm putting it here again because today is Veterans Day and because I sorely need to reflect on what is good about my country. I am finding it in the past as I steel myself for the future and refuse to allow narcissistic sociopaths to take
2 comments
Read more 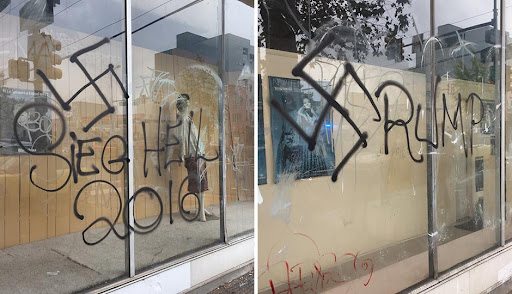 I Never Felt so Sick, Ashamed, and Horrified

In Case You Missed This....

Tuesday Nov 1, 2016 SHARE NEWSLETTER     WHAT WE’RE FOLLOWING Twilight for Trump:  A series of new allegations against the Republican nominee emerged last night: that his company had a secret server communicating with a Russian bank, that the Kremlin launched an operation to make him a Russian asset, and that he further exploited loopholes to avoid paying federal income tax.  These reports aren’t definitive, however, and the former two are in dispute . Perhaps more concerning, as voters prepare to head to the polls, are the numerous allegations that Trump’s party is  coordinating widespread efforts to intimidate voters  by following people, interrogating them, and even calling 911 to report cases of “voter fraud.” Countdown for Clinton:  She’s still dealing with fallout from FBI Director James Comey’s announcement about her emails, but at this point, most of the political backlash is  directed at Comey himself  (though some of our readers  defended him ). Now, at the
5 comments
Read more
More posts